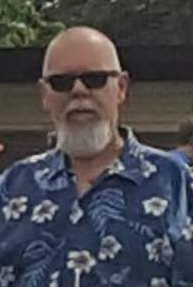 Kenneth E. “Ken” Mitchell, age 68, of Kenosha passed away on Friday, November 16, 2018 at his home surrounded by his loving family. Ken was born on April 26, 1950 in Kenosha to Clarence and Grace Mitchell. He was educated in the schools of Kenosha and graduated from Tremper High School in 1969. Ken started working for AMC in 1969 until his retirement in 2002 and was a member of the U.A.W. Local 72. He served in the U.S. Air Force as a Sergeant from February 4, 1970 until his honorable discharge on October 27, 1973 and he served for two years on the Rhein-Main Air Base in Germany. Ken married Charlotte Kaiser in Waukegan, IL on January 23, 1976. Ken loved riding motorcycles, was an avid fan of sprint car racing and enjoyed vintage automobiles and car shows. He loved his four-legged family, Abbey and the late Sheila, enjoyed swimming and spending time with family and friends.

He was preceded in death by, his parents; his brother, Gary Mitchell, a sister, Pam Holmen, and his grandparents, Clarence and Hazel Mitchell.

Ken’s family would like to express their sincerest gratitude to Hospice Alliance, Rachel Kumorkiewicz and Russell Dallia for the love and care shown to him through this difficult time.