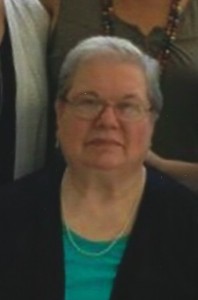 Susan E. Seitz, age 73, of Racine, passed away on Tuesday, November 27, 2018 at her home. Sue was born on November 19, 1945 in Racine to Willard and Lillian (Pocius) Seitz. She was educated in the Unified School District and graduated from the University Wisconsin Whitewater. She married William Burke on January 6, 1979 in Racine. Sue was a dedicated teacher for over 36 years with many students who loved her. She taught German and Geography at Union Grove, Union High School and was known by her students as Frau Seitz.

Sue was a very devoted and active member of the Olympia-Brown Unitarian Universalist Church and facilitated many diverse fellowships with-in the church. She was a great supporter of local theater groups, including the Racine Theater Guild. She was also a member of the American Association of University Women. Sue was a member of the Northwest Territory Alliance, an 18th Century living history organization, and was elected as the first female President. Sue was a member of Preservation Racine and Balzekas Museum of Lithuanian Culture.

Sue was preceded in death by, her parents; her husband; a step-son, Anthony, (Tony) D. Burke and son-in-law, Don Bellehumeur.

Funeral services for Susan will be held at 11:00 A.M. on Friday, December 7, 2018 at the Olympia-Brown Unitarian Universalist Church (625 College Avenue). A visitation will take place at the church on Friday from 10:00 A.M. until the time of service. In lieu of flowers, memorials to Olympia-Brown or the Wisconsin Humane Society would be greatly appreciated.