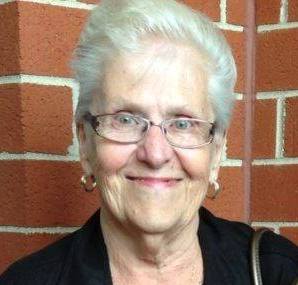 Treasure J. Besch, age 77, a resident of Union Grove, passed away peacefully in her sleep at her home on December 20, 2013.

Born on December 10, 1936 in Kenosha, she was the daughter of Ernest and Dorothy (Gourley) Kraak.

She was educated in the schools of Kenosha and Paddock Lake, graduating from Salem Central High School in 1955, and on July 30, 1955, she was united in marriage with Orville Besch who preceded her in death on October 20, 2011.

Treasure was a proud mother and homemaker. Early in her marriage she worked at Snap-On Tools and after her children were grown, she worked for over 20 years as a cook at St Alphonsus School in New Munster. Treasure was a member of St. Robert’s Catholic Church in Union Grove. She was exceedingly kind, always doing for others. She disliked being the center of attention, but was loved and appreciated very much by all who knew her.

Treasure will be deeply missed by her four children; Kim (Gary) Meddaugh of Oak Creek, Terry (Mike) Faber of Silver Lake, Richard (Chris) Besch of Burlington and Kenneth Besch of Union Grove, by her sisters Carol (Dave) Schoenbeck of Twin Lakes and Margaret (Louie) Slamar of Madison and her brother Ernie (Kathy) Kraak of Salem. She is further survived by her cherished grandchildren Heather (Bez) Hidri of Oak Creek, Jake (Amber) Faber of Freedonia, and Jessica (Chris) Sarver of Salem as well as her beloved great grandchildren Ariana and Angelina Hidri, Tayten and Ryker Faber, and Colton Sarver. Treasure will also be mourned by her special aunt Joyce Fitchett, as well as many other extended family members and friends.

Treasure was preceded in death by her mother when she was a young girl, her father, her loving stepmother Frances Kraak and her sister Mary Kraak as well as her husband Orville.

A Mass of Christian Burial will be held on Friday December 27, 2013 at 11:00AM at St. Robert Bellarmine Catholic Church in Union Grove (Hwy 45). Visitation with the family will be held at the church from 9:00AM until the time of mass. Burial will follow at Sunset Ridge Memorial Park.