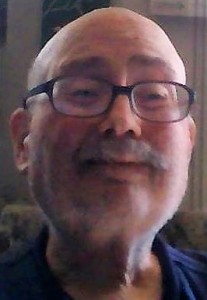 Tom was born on August 13, 1952, on an Army base in Grover City California. He was the oldest of five children born to William and Beverly (Petersen) Helling.

After high school, Tom attended the University of Wisconsin at Stevens Point. He meant to study Conservation because of his love of nature, but stumbled into the theater department one day and was hooked. Tom was a very accomplished backstage technician, and although he was tricked into appearing onstage once or twice, Tom was always more comfortable behind the scenes. Tom decided to make his home in Stevens Point and parlayed his considerable talents into a career as an electrician at the Del Monte Corporation.

Although Tom had no children of his own, he had a lengthy career as a Professional Uncle. Tom delighted in spending time with his nieces and nephews; delighting them with trips to carnivals, car shows, and countless campfires. Tom loved to cook and buy cool gadgets and toys and was interested in woodworking.

His siblings remember him as a kind, humble and generous man with a wickedly sneaky sense of humor. They recall fondly the Trivia Weekends that Tom hosted in Point, and the wonderful turkey dinner he always made for the occasion. He brought so much laughter and joy to his family and they will be forever blessed by the memories of sharing ginger beer and campfire stew while swapping jokes and stories around a blazing fire pit.

He was preceded in death by his parents and grandparents.

A Memorial Service for Tom will be held on Wednesday November 15, 2017 at 1:00PM at Mt. Pleasant Lutheran Church (1700 South Green Bay Rd). Visitation will be held at the church from 12:00 noon until the time of the service.

In lieu of flowers, memorials to the Arbor Day Foundation, Mt. Pleasant Lutheran Church, or the USO would be appreciated.