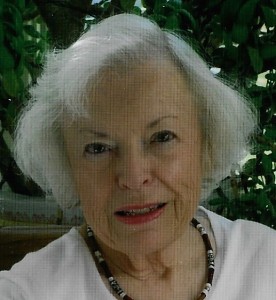 Harriet was born in Saginaw MI on August 17, 1918 to Edward James and Delia (Besner) McGraw. She was raised with her sisters Margaret and Betty and brother Jim. She attended St. Mary’s School in Saginaw through grade 12. On December 11, 1944, she married Robert F. Bode in Kenosha WI. They had six children and were married for 43 years before his death.

In her earlier years, Harriet worked for Consumers Power Company. She spent many years as a homemaker and later worked for the Bombay Furniture Company. Harriet always enjoyed needlework, bridge, her many friendships and the beauty of nature. Above all, she was a devoted wife, mother, grandmother and great grandmother.

Harriet was preceded in death by her parents, her husband Robert, and by her sisters, Margaret Lappin and Betty Finkbeiner.

Special thanks to the staff of Heartland Hospice, especially Glenda and Julia for their kindness and compassion.

In lieu of flowers, the family has requested donations be made in Mom’s name to Oak Trace Health Center, Memory Unit, 250 Village Drive, Downers Grove, Illinois 60516.