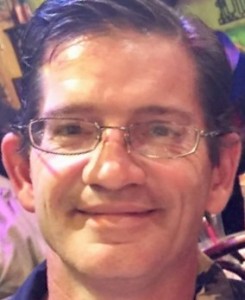 Paul was born in Kenosha on October 28, 1970 to Gary Kutzke and Joyce Lourigan. He was a graduate of Tremper High School and graduated from Gateway Technical College in the sheet metal program. Paul made his living as a handyman.

Paul took the most pride in the love of his son, Alex. He was a small man of great faith. He was a gentle spirit and his compassionate, nonjudgmental attitude made him kind and loving to his friends and family. Prior to his death, Paul endured some personal struggles, but is now at peace with the Lord. After years of being “God’s skin on earth”, Paul is now free and home in a place with no more pain. His infectious humor and contagious laugh will forever ring in the minds of those who knew and loved him.

He was preceded in death by his father and sister, Kristine.

Thank you to family, friends and others for their many prayers, especially Paul’s special friend, Arlene.

A memorial service will be held at a later date.