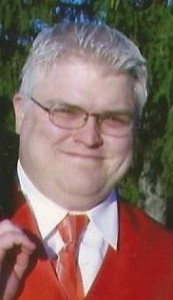 Born on September 6, 1976, he was the son of Leah (Laybourn) Milligan and the late David Ray Skeans.

He was raised in Kenosha and educated in the schools of Kenosha.

He worked as a laborer or customer service representative for various employers. He loved sports, both watching and playing. He excelled in football as a young man.  Sean also thoroughly enjoyed movies and video games.  His greatest passion of all was raising his son, Tristan Skeans.

He was preceded in death by his father David Ray Skeans, sister Heather Marie Skeans, and brother Bryan Casey Skeans.

Funeral services will be held on Friday, August 1 at 6:00PM at Immanuel Baptist Church. (6009 Pershing Blvd) Visitation with the family will also be Friday at the church from 4:30PM until the time of services.