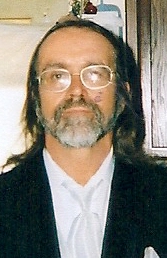 Robert Harvey Middleton, age 59, Racine WI, passed away, surrounded by his loving family May 29, 2014, after a long battle with cancer.

Robert known as Bob was born on Thanksgiving day, November 26, 1954 to the late Lawrence H and Edna M (North) Middleton from Burlington WI. He lived and was schooled there until his teens then he lived in Racine WI to adulthood with his foster parents Walley and Doreen Fortier.

He was a machinist by trade, he loved woodworking, bike riding, fishing, singing Karaoke, but best of all his grandchildren and family.

Many friends children called him grandpa and nieces and nephews and many friends that loved and respected him and will miss him. His favorite quote was “Don’t Quit”.