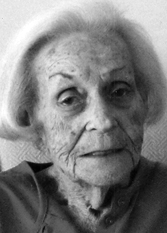 Pearl Milestone, 82, of Kenosha, passed away Thursday, December 9, 2010 at Golden Living Center with her family at her side.

Pearl graduated from Park High School in Racine, WI in January, 1946. On July 27, 1946, she was united in marriage to Hugh Bastian and they had 3 children together.

Pearl was employed for many years at Steven Jacobs Insurance, Kenosha Unified School District, Christensen & Lee Insurance in Racine and retired from West Coast Insurance in St. Petersburg, Fl where she and Merl lived for 20 years.Pearl was an excellent seamstress, loved interior decorating and enjoyed making crafts, crewel pictures, floral arrangements and, most recently knitting scarves for family & friends.

She was a former member of the Kenosha Woman’s Club as well as the Catholic Junior League.

Funeral services will be held on Wednesday, Dec 15th at the Woman’s Club of Kenosha at 7:00 pm. Visitation will be held from 5:00pm until the time of the service.Private Interment will be Thursday at West Lawn Cemetery.Memorial remembrances may be made to Hospice Alliance of Pleasant Prairie.A very special thank you to Hospice, the staff & residents at Golden Living Center for their compassionate care & friendship and her friends at Assisi Homes of Kenosha.