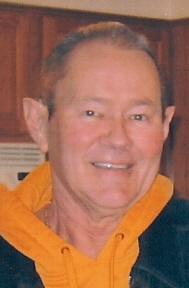 John H. Zeiler, age 68 a resident of North Cape, WI died Thursday December 16th 2010 at his residence while surrounded by his loving family.

John was born in Racine on March 27, 1942 to Henry and Helen (Duda) Zeiler. He married his high school sweetheart, Margie (Tuinstra) Zeiler on January 27, 1962. They would have been celebrating 49 years of marriage.

John was a very dedicated, hardworking man who made a career as an electrician. He worked for Magaw and Neu Electric, both out of Racine before becoming a Master Electrician and owning his own company, Zeiler Electric in 1982.

Since retiring in 2003, John has enjoyed golfing with friends, and traveling the U.S. every fall with his wife. It was a family tradition for the past twenty three years to enjoy summer vacations to Eagle River. He also enjoyed two special trips to Disney World with his children and grandchildren.

John was a loving husband, father, grandfather, brother, uncle and friend to many. Family was very important to him. He thoroughly enjoyed and never missed an opportunity to watch all his grandchildren participate in their athletic events and various other activities.