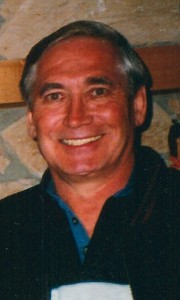 Michael P. Rohde, 70, a resident of Kenosha, died Thursday April 11, 2013 at his residence. Born on June 8th 1942 in Sacramento Calif., he was the son of the late Clarence Francis and Rosemary (Minneau) Rohde. He came to Wisconsin as a child and

was educated in the schools of Kenosha. He was employed at Contact Rubber Corp. in Bristol, Wisconsin and retired in Oct. of 1999. He was an avid Green Bay Packer Fan.

He loved to garden and was proud of his tomatoes. He enjoyed wintering in Florida.

He was preceded in death by his parents; one sister Katherine Denny; two  brothers Peter A. Rohde and David A. Denny and a son Michael Rohde Jr.

Funeral services will be held on Monday April 15, 2013 at 1 p.m. at Holy Nativity Lutheran Church (2313-17th Avenue.) Visitation with the family will be on Monday

at the church from 11 a.m. until the time of services. Burial will follow at Sunset Ridge Memorial Park. In lieu of flowers memorials to the family would be appreciated.

The family extends special thanks to Dr. Ganesh Pulla, Cancer Treatment Center of America in Zion, IL and Heartland Hospice.