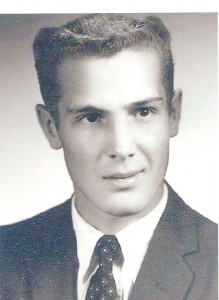 Born on May 13th 1943 in Valley City North Dakota, he was the son of the late Edward and Martha (Klein) Henke.

He was educated in the schools of Valley City and proceeded to serve our country in the US Army. After his tour of duty inVietnam, he moved to WI.

He was employed for many years as a supervisor at Champion International in Gurnee, IL and then at Stone Container in North Chicago, IL.

On June 24th 1972 he married the love of his life, Josephine Belongia, at Grace Lutheran Church in Kenosha.

He was a big sports fan, especially a Green Bay Packer Backer. He enjoyed coin collecting, fishing, traveling to National Parks and back to his hometown of Valley City; where he was very proud of his property there. Family was extremely important to him and he adored his grandchildren.

He was preceded in death by his parents and two brothers; Daniel and Clayton.

Visitation with the family will be on Monday at the church from 2:00PM until the time of services.

Entombment will take place at Southern WI Veterans Cemetery at a later date.

In lieu of flowers, memorials to either the family or Heartland Hospice would be appreciated.