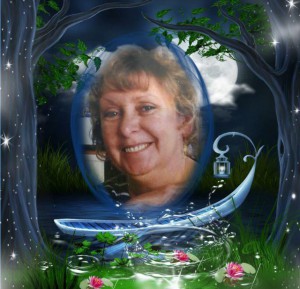 In loving memory of Donna Metcalf (Ruetz) died with her family by her side April 14, 2013. She was born July 10, 1947, in Chicago, to Omer and Hilda Metcalf. Her father was a world war 2 vet and her mother was a nurse. She was raised with many family members around her, primarily by her Grandmother. She dropped out of high school in freshman year to take care of her dying Grandmother. After her Grandmother passed, she knew her calling was to be a caretaker. She worked as a nurses aid at Sheridan nursing home in Kenosha. She loved to cook, do puzzles, sew and do crafts. She was very family oriented and always put others first before thinking of herself, it seemed. Donna is survived by her sister, four children, seven grandchildren, and one great-grandchild. She was preceded in death by her Mother and Father. At Donna’s request, no funeral will be held. There will be a memorial late in the summer for close family members.