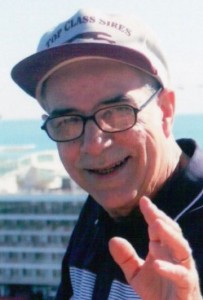 Michael was born on February 4th 1948 to the late William and Helen Lazaris in Milwaukee WI. He served his country in the US Army National Guard. On August 3rd 1968 Michael married Rosemary Dicristo at St. Stephens in Milwaukee.

Michael was employed as a union printer for many years and as a greyhound kennel owner/operator. He had a passion for greyhound racing and cooking.

Michael was preceded in death by his parents and a brother William.

A Mass of Christian Burial will be held on Tuesday July 1st 2014 at 11:00AM at Mother of Good Counsel Catholic Church in Milwaukee. (6924-West Lisbon) Visitation with the family will take place on Tuesday at the church from 10:00AM until the time of mass. Entombment will follow at Holy Cross Catholic Cemetery. In lieu of flowers memorials to the family would be appreciated.