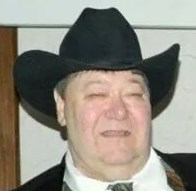 Born on September 20, 1948 to John and Marion (DeRosier) Furrenes in Viroqua WI, John moved to Racine as a young boy. He graduated from HorlickHigh School and then from SpringArborCollege in Michigan with a degree in human resource management.

On November 6, 1971, he was united in marriage in Racine with Ellen Osinga. John made his living as a Quality Control Engineer in the manufacturing business.

John is survived by his wife Ellen Furrenes of Racine; by his sons Anthony (Nicole) Furrenes of Trevor and Timothy (Crystal) Furrenes of Fond Du Lac and by his daughters Breanne Furrenes and Katelyn Furrenes, both of Racine as well as by his five grandchildren; Anthony, Carter, Allyson, Mason and Amelia. John is further survived by his four brothers; Dennis (Lisa) of Michigan, Greg of Racine, Barry of LaCrosse and Charles of Waupun.

John was preceded in death by his parents, by his brother Tom and by a grand daughter Lilly.

A memorial service celebrating John’s life will take place on Thursday July 3, 2014 at 3:00PM at EvangelicalUnitedMethodistChurch (212-11th StreetRacine). Visitation with the family will take place Thursday at the church from 2:00PM until the time of the service.