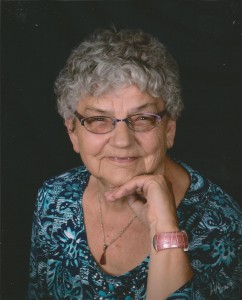 Born on November 27th 1928 in the Town of Hamburg in Marathon County WI she was the daughter of the late Oscar and Esther (Voight) Jahnke.

She was educated in the schools of Marathon County, worked in Wausau and then moved to Kenosha in 1948.

She was employed at American Motors for 6 years and then worked as a cook and waitress at the V.F.W. for 7 ½ years. She later was employed at the House of Gerhard and then the Elks Club for 4 ½ years.

She was a member of the Burns VFW Post 388 Auxiliary of Wausau WI the UCT Council 189 of Marshfield and a former member of the Moose Club.

After her retirement she and her husband moved to their summer home in Tomahawk WI.

She returned to Kenosha three years after his death.

She was preceded in death by her parents, her husband, one son Kevin Jerome Fox in infancy; two brothers Mynard and Lenly Janhke; and four sisters, Florence and Reynale Steinnagel, Millie Rusch and Vernetta Klinger.

A memorial service will be held on Saturday May 17th 2014 at 11:00AM at St. Mary’s Lutheran Church at 2001-80th Street. Visitation with the family will be on Saturday at the church from 9:00AM until the time of services. Burial will take place at a later date.

The family would like to thank the entire staff of United Hospital Systems and all who cared for her during her time of illness.