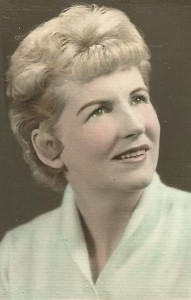 Irene was born September 7, 1922 in Kenosha to Albert and Edith Ysenga. She married Robert Preiss who would precede her in death in 1977. Irene was a hard worker and was employed at various times by Jockey, Simmons and American Motors. Irene loved crafts and was happiest when she was working with flowers.

She is survived by her son Thomas Moore of PortlandOR and by her daughter Lori Preiss of Kenosha as well as by four grandchildren and two great grandchildren.

Irene was preceded in death by her parents, her husband, her daughter Sandra, her sons Dean and Bobby and by a grandson.

Private graveside services will be held at GreenridgeCemetery.