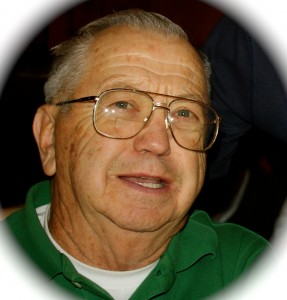 Born on November 13, 1935 in Kenosha, he was the son of the late Thomas and Margaret (Willems) Galbraith. He was educated in the schools of Kenosha. On June 17, 1960, he married Carol Edwards at St. Peters Catholic Church in Kenosha. They were married for 25 years and raised four children together. He was a father to many; his children are Dan Galbraith, Chris Galbraith, Mark Galbraith, Hope Graziano and her husband David Graziano.  He was a Grandfather to Amanda Galbraith, Nicholas Knebel and Misty Hudon. He was a great grandfather to Julien.

He was a caregiver to Russell Rollain and Thomas Wallace his nephew. He was an amazing humanitarian and helped with so many different organizations like the Kenosha Shrine Club, and playing Jingle the Elf to children there and at his daughter’s dance school An Angel’s Art Dance School. He helped with the Irish pipers every St. Patrick’s Day, he helped run raffle nights and picnics for the Shriners, he helped people who were down on their luck, or just having hard times. He brought much joy and fulfilled needs for family, friends, and strangers alike!

His working career began at ARA in Kenosha, followed by employment with the A & P Corporation in Kenosha, where he served as the Store Manager at a number of locations. He also worked for Roger and Marv’s Supervalue. But he most enjoyed being employed at Lincoln Food Mart, by his good friends Mario and Yolanda Ciccini. It was there that he learned to appreciate the issues of the older neighborhoods. In his retirement, he started a lawn service that he operated until his health prohibited it.

Bob loved his family very much and would do anything for them. He also had a number of other people close to him and although they were not related, Gibby considered them family. He offered to help many people in all sorts of ways, touching many lives.  He has been attending Our Lady of Mount Carmel Catholic Church, which has brought him peace and serenity in his final years.

Gibby was a dear friend to many and generous to a fault. He was comfortable in many social settings, loved watching the Milwaukee Brewers and Green Bay Packers play, but mostly enjoyed spending time with friends and family.

He was a tireless volunteer. If you wanted something done, you put him on your team. He often would volunteer if you agreed to “let him do it his way.” Along with his good buddy “Pete” he was active with the Kenosha Shrine Club and in 2007, was named Man of the Year. He participated in Kenosha’s Relay for Life, helping raise money for the American Cancer Society through many events. He worked on over a dozen successful political campaigns, and was the right hand man for the longest serving Kenosha alderman.

In lieu of flowers, Gibby requested donations for Our Lady of Mt. Carmel Catholic Church.