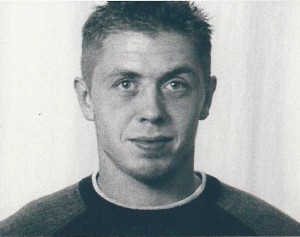 Keith was born on November 17, 1978 to Larry and Nancy (Fredericksen) Talley of Kenosha WI. He was a graduate of Tremper High School. He loved skateboarding, music, and was a collector of Hot Wheels. On April 11, 2009 he married Jennifer Seaberg in Waukegan IL. He was a proud father who loved to watch his boys in their sporting events. Keith was employed with various contractors as a construction worker. He attended services at First Christian Church and was a frequent attendee of area NA meetings.

He was preceded in death by his brother Don in 2004.

Funeral services will be held on Thursday August 23rd 2012 at 6:00PM at First Christian Church. (13022-Wilmot Road or west of I-94 on HWY C) Visitation with the family will be on Thursday at the church from 4:00PM until the time of services. Burial will take place later.