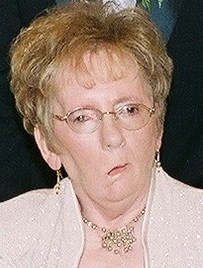 Judith M. (Quirk) Havn, 63, passed away on Thursday January 3, 2013 after a long and courageous fight with cancer.

Judy was born in Racine on January 8th, 1949 to Francis and Alice Quirk.  She was united in marriage to Sonny Havn on February 28th, 1975 at Bethania Lutheran Church.  Judy was a devoted wife, mother, daughter, sister and friend and will be deeply missed by all.

Judy will be remembered at Olympia Brown Unitarian Universalist Church (625 College Ave, Racine) on Wednesday, January 9th at 11:00am.  In lieu of flowers, please make donations in Judy’s name to the Medical College of Wisconsin Cancer Center (forms can be printed at www.mcw.edu/FileLibrary/Groups/CancerCenter/CC_Gift).  The family would like to give special thanks to Dr. John Charlson, Ms. Julie Waugh, CNP and the Froedtert/MCW Clinical Cancer Center for their superb care and nurturing friendship over the years.