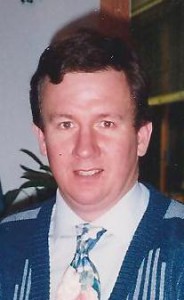 He attended Kenosha schools and graduated from Tremper High School in 1975.

He married Jeralyn Young they later divorced. On September 29, 2005 he married Brenda Rixie. He worked varies jobs over the years. He enjoyed sports, music, woodworking, and spending time with his step grandchildren.

He was preceded in death by his parents, sister Barbara A. Koch and grandparents.