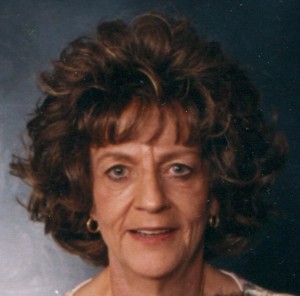 Judith (Judy) A. Rought passed away suddenly at her residence on Sunday 7/13/14. Judy was the daughter of Robert and Elaine (DeCaster) Schmidt. Judy was born and raised in Kenosha. She was the youngest of three children (sister Bernadine (Larson) and brother Robert). She attended and graduated from Kenosha High School in 1963. Married Kenneth Gorman and gave birth to a son Kenneth Jr.  She worked many jobs in the Kenosha area and in Eastern US, until she was employed at American Motors 1973. She divorced in 1975 and remarried Richard H. Rought in 1977. They lived in the Kenosha Area and both worked at American Motors. Richard passed in 1983 and Judy continued to work at AMC / Chrysler, until a shutdown. She then worked at Pick N Save for a few years in the deli department. Chrysler called back and Judy worked for many more years after until finally retiring in 2008. During her time at Chrysler she was very active with the United Way program and assisted with planning many parties for her co-workers. She was also an active member of the UAW Local Union. Judy had a great admiration for all the people she worked with. One of her greatest loves was her only son Ken and his wife Karen. She has three grandchildren (Katelyn, Kody, and Kameron) who she “loved to spoil”, and a great grandson Troy Anthony, who she also got to spoil. Judy was always there to support and assist without ever a question asked. She was a very giving person. She loved family outings with her Sister and Brother and all the nieces and nephews. In earlier years, she also loved to attend family sporting events and giving grief to the officials. She also loved her flowers.

She was preceded in death by her sister Bernadine (Joe) Larson, a niece Tara Luska, a great nephew Kyle Schroeder, Niece Carrie Stowell, her parents, and her husband Richard.

She leaves behind a loving family who will never forget her and will always keep her memory strong inside their hearts until we meet again. It’s never good-bye but just see ya later.

Thought for Judith (Judy) A. Rought