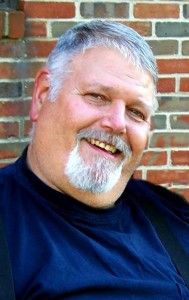 Jeffrey was born on December 15, 1947 in Chicago IL to Clayton and Audrey Ohrwall. He was raised in Twin Lakes WI with his one sister and two brothers where he attended Wilmot High School, class of 1966. He went on to Suomi College in Hankock MI for two years. He also attended Racine Kenosha Teachers College in Union Grove WI, class of 1970, where he met his future wife (Martha Qualheim in 1971). They moved to racine where he worked in the grocery and construction fields. The last 30 years of his life he was most passionate about his antique business (A Travel Through Time Antiques). Jeff was well known and respected in his line of work. He was also an avid movie and music buff (Beach Boys). His helping and compassionate heart are what his family and friends will always remember.

Jeff is survived by his three children Jeff (Cindy) of TX, Jon (Chris) of Racine and Jaime (Randy) or Racine. He is also survived by eight grandchildren Brett, Brandi, Brady, Steven Ohrwall, Isabella and Nikolai Nelson, Joseph and Leah May. He is further survived by his brother Kirby (Ellen) of FL, sister Carol (Bob) of Colorado and brother Scott of TX and nieces, nephews and many friends.

Jeff was preceded in death by both of his parents.

According to Jeff’s wishes, cremation has taken place. A memorial service will be held at Mound Cemetery (West Blvd entrance) on Friday October 10, 2014 at 11:00AM. Visitation with the family will held on Friday at the cemetery from 10:00AM until the time of service. In lieu of flowers, memorials to the family would be appreciated.