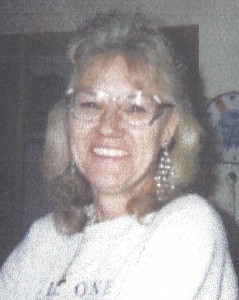 Carole was the daughter of Rudolph and Anna Lange. She was born in Columbus, WI on May 15, 1949; raised in East-Central Wisconsin until she moved to the Kenosha/Racine County area in 1975 where she spent her entire adult life. Carole raised two daughters, Tammy Jean (Castle) Wisnefski and Shanna Kathryn (Castle) Schwertfeger. She married Billie Castle in 1977 but they later divorced in 1991.

Carole spent the majority of her adult life being a nurturing and natural homemaker for her family. One thing she and we were all proud of was that she kept a meticulous and inviting home. She revered gardening and canning, baking and cooking a huge variety of foods, as she was excellent in the kitchen. She taught her daughters how to cook, how to camp, how to tend a garden, keep a house, and raise strong, compassionate, curious, and kind children. She considered her biggest accomplishment to be able to have raised amazing daughters; two of the best daughters in the world.

Carole has been an incredibly passionate and active participant in life! She absolutely adored dancing to oldies, classic rock and country music, and would travel far and wide to listen and dance to live bands. Carole was an avid card player and spent many weekends with close family and friends throughout her years playing Poker, Spades, Euchre, Hearts, and Gin. Carole loved to do crossword puzzles in pen. Her favorite NFL teams were the 49’ers and the Steelers. She enjoyed reading books and was the lady who spent countless hours putting together a puzzle, which she then would frame and give as gifts. She valued travelling, and was curious to meet new people and make new adventures. She faithfully attended her grandchildren’s activities and could be found dancing in the gym with all the school friends at their dances! Carole treasured life and was never afraid to live it. You could always share an Old Style or a 7/7 with Carole and sit around and shoot the breeze. She was a compassionate and genuinely happy soul. She always found ways to laugh and to love, to show great sarcasm every chance she got, and tease with her superb wit and irresistible charm! She was very fond of calling herself the “Bitch Goddess”!

Carole had a great many friends throughout life. She spent 16 years at Parker Plastics in Pleasant Prairie where she developed close and lasting friendships. At Parker they knew her as being a tough broad, always telling it like it is, laughing, joking around, and constantly having a smile on her face, even when she was irritated with someone or something, she was always the life of the party.

She is survived by her daughters Tammy Jean (Scott) Wisnefski and their four children: Kathryn, Lexie, Elizabeth, and Weston; and Shanna Kathryn (John) Schwertfeger and their four children: Morgan, Trinity, Hunter, and Samuel. Her greatest joys were her children and grandchildren. She had, and always will have special bonds with each of them and will always watch over them and keep them safe even though she would threaten to rip their heads off!

She is preceded in death by her brothers Rudy and David, her parents, and former husband.

We would like to say a very special thank you to the entire Parker Plastics family, namely Jim Parker and Diane Smart, for their relentless support and generosity; to the Pulmonary and Oncology staff at St. Catherine’s Hospital that had so graciously guided us through these months of our journey, Hospice Alliance for their compassion, and Anne Lewis and Tracey Augustyn who helped us care for Mom with lifelong love and devotion and who considered her a mother-figure. Without these people we would never have been given the time we were granted to enjoy our days together, and Mom would not have been able to live with dignity and her unfailing sense of humor.

Visitation will be on Friday, October 10, 2014 from 4:00pm until 7:00pm at St. John the Baptist Catholic Church on Hwy D in Paris (Union Grove), WI. Open visitation will be from 10:00am to 11:00am with a service on Saturday, October 11, 2014 at 11:00am at St. John’s with a brief processional and interment immediately following. Memorials or flowers at your discretion. Any memorial can be to the family to establish an annual scholarship fund in Carole’s name.