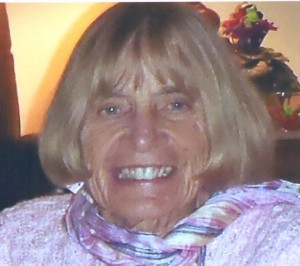 Sandra “Sandy” Lee (Robinette) Piff, 72, of Kenosha, WI, passed away peacefully after a courageous battle with cancer on Thursday, October 2, 2014 at her home.

Sandy was born on November 23, 1941 in Steubenville, OH to William H. & Margaret (Hervey) Robinette.  She was an early graduate of Toronto High School in Toronto, OH.  She attended Ohio State University in Columbus, OH where she received her Bachelor of Arts and Sciences specializing in Social Work.  In March of 1970 she married Robert Ben Piff in Kenosha, WI.  They later divorced in 1979. Sandy worked as a social worker for over 31 years – 26 years of which were spent at the Southern Wisconsin Center in Union Grove, WI and various other positions.  Sandy loved bike riding and enjoying the Arts.  Because of her love of gardening, she obtained her certificate of Horticulture at Gateway Tech in Kenosha, WI.  She was at her happiest when she was spending time with her grandchildren, especially being outside in the sunshine.

She was preceded in death by her parents, William H. and Margaret (Hervey) Robinette, as well as her many Aunts and Uncles.

A service will be held at 6:00PM, Thursday, October 9, 2014 at First Christian Church, 13022 Wilmot Rd, Kenosha, WI.  Pastor Brian Henry will be officiating her funeral.  Visitation with the family will be on Thursday at the church from 4:00PM until the time of service. Reception will follow after the service at the church. Burial will take place at a later date in Union Cemetery in Steubenville Ohio.

Memorials would be appreciated.