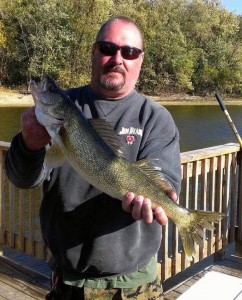 Jason C. Schnell, age 49, of Bristol passed away on Wednesday, February 13, 2019 at his home with his family by his side following a long illness. He was the beloved son of Raymond and Brenda (Parker) Schnell, born on May 26, 1969 in Kenosha. He was educated in the schools of Kenosha and graduated from Mary D. Bradford High School in 1987. Jason previously owned Rendezvous in Kenosha and worked at On The Border for 25 years. Jason will be remembered for his love of family, friends and his willingness to help them if needed. His love of fishing began as a child and continued throughout his lifetime. He loved spending time at his place up north, where he spent many hours fishing. He also loved traveling across the U.S., Europe and Brazil, as well as music and motorcycle riding.

He was preceded in death by his grandparents, Malvis and Arlene Parker and Ray and Emma Schnell.

Jason is survived by, his parents, Ray and Brenda Schnell as well as other family and many friends.

In accordance with Jason’s wishes, no services will be held.

The family would like to thank everyone for their prayers and Hospice Alliance for assisting in his care.