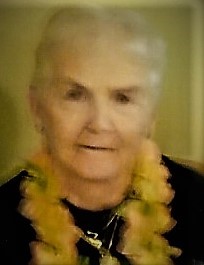 Janet M. “Margie” Mason, age 78, of Kenosha, passed away peacefully in her sleep on Sunday, December 3, 2017 at her residence.

Janet was born in Kenosha on March 22, 1939 to Harold and Emma (Neu) Christensen. She attended St. George Grade School and graduated from Central High School. On June 6, 1959, she married Jerome “Jerry” Mason. They would later divorce.

Janet started her work life at American Motors and eventually worked at Carthage College, St. Catherine’s Hospital and in the office of Dr. John Capelli. She enjoyed knitting, crocheting, cheering for the Packers, rummage sales, Wii bowling and horseshoes. Mostly she loved spending time with her sister Pat, and her beloved grandchildren.

Janet is survived by her children Shelly Mason and Patrick (Dawn) Mason and by her sister Patricia (Gordon) Fox. She is further survived by her grandchildren Nicholas (Cindy) Carlson, Jacob Mason, Jeane (Tim) Wells and Nicole Molinaro and by her great grandchildren Caleb, Zoey, Hadley and McKinley as well as many nieces and nephews and her special cousin Vern Christensen.

She was preceded in death by her parents, her sons John Mason and Robert Mason, and her special cousins, James, Robert and William Christensen.

A Mass of Christian Burial will be held on Wednesday December 13, 2017 at 11:00 AM at St. Elizabeth Catholic Church. Visitation with the family will be at the church from 10:00AM until the time of mass.