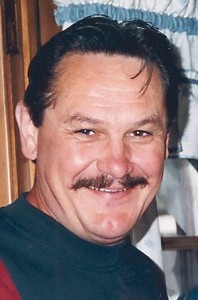 Born on March 26th 1946 in Kenosha, he was the son of the late Orville and Margaret (Resch) Davey.

He was educated in the schools of Kenosha and was a graduate of Bradford High School.

On February 20th 1965 he married Kathleen Jahnke in Kenosha. She would precede him in death in October of 1997.

He worked for many years at AMC/Chrysler and retired in 2003. He was well known as the manager of the Candle Lite Supper Club from 1989-1997.

He loved the outdoors and camping with his kids. He loved fishing and traveling to the casino for outings. In recent years he participated in a pool league and was quite accomplished as a pool player. He was an avid Packer and Brewer Fan.

He instilled the importance of family with his children and was especially proud of his grandchildren, whom he loved spending time with. He enjoyed all family gatherings and “picnics” with his siblings.

In lieu of flowers memorials would be appreciated with a charity to be named later.