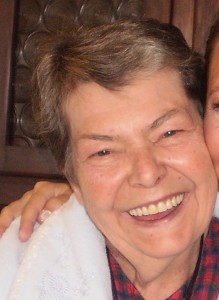 She was born May 19, 1945, in Kenosha, Wisconsin to James R. and Cecelia A. (Schmorrow) Hawley. Her father worked at American Motors in Kenosha and her mother was a homemaker. Gretchen was a life long resident of Kenosha and graduated from Bradford High School.

Gretchen always had a smile on her face and was the best mother, friend, sister, grandmother anyone could have ever asked for.  Although she didn’t have much, she would give you the last bit of food in her cupboard if you were hungry, the shirt off her back if you were cold and a great big hug if you were hurting. She will be missed by all of us beyond belief. May her weary soul rest, after this long fight she has had. Your memory will live on forever in our hearts.

She was preceded in death by both her parents and four brothers, Roy, James, John and Burt Hawley. Gretchen is survived by four children, Amy (Thomas) Hernandez of Kenosha; Tammy (Mark) Rolfe-Fuller of Mt. Pleasant, Wisconsin; Jennie (Patrick) Smith of St. Germain, Wisconsin and Robert (Nene) Heidtman of Clarksville, Tennessee.

Gretchen also leaves behind countless nieces and nephews, and many good friends at the Villa Nova Apartment in Kenosha.

A memorial service will be held on Saturday, December 15, 2012, at 11 a.m. at the Kemper Center Founders Hall. (6501-3rd Avenue) Visitation with the family will be on Saturday at Founders Hall from 10 a.m. until the time of services.