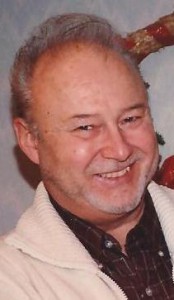 Robert H. Jagodinsky, 82, of Kenosha, passed away peacefully on December 11, 2012 at Parkside Manor with his family by his side.

Born in Manitowoc WI on April 26, 1930, he was the son of the late Alexander and Josephine Jagodinsky.

He was a veteran of the Korean War, serving in the Air Force on Guam as part of the Pacific Air Weather Squadron, flying into hurricanes. When he came home, he worked in the Manitowoc Shipyards before graduating with a teaching degree from the University of Wisconsin, Milwaukee.

He taught in Random Lake WI and came to Kenosha, where he taught at McKinley Elementary, and Curtis Strange when it opened until his retirement.

On September 1, 1956, he married Mary Wilda at Sacred Heart Church in Manitowoc.

He was preceded in death by his parents, his sister Olive, and a brother Walter.

Bob is survived by his loving wife, Mary; his daughters Lyn (Scott) Kaczor of Greenfield, and Roberta (Tim) Moczulewski of Kenosha; and four grandchildren Victoria and Catherine Kaczor and Sydney and Jeremy Moczulewski.

Funeral Services will be private.

Bob’s family wishes to thank all the staff and friends at Parkside Manor and Hospice Alliance.