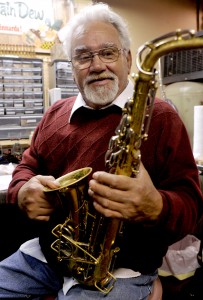 Emil was preceded in death by his parents, first wife Jeanette, and a niece Monica.

In lieu of flowers, in Emil’s honor, memorials would be appreciated to benefit student music programs. The family also suggests that people consider volunteering some time and energy in support of student music programs, as Emil did for so many years. For more information please contact Casey Family Options Funerals and Cremations. Also, a memorial concert in Emil’s honor will be scheduled at a later date.