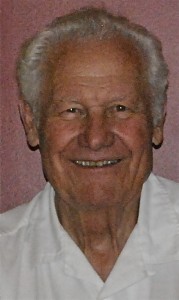 He was born June 29, 1932, in Oer-Erkenschwick, Germany, the youngest son of Karl and Mari (Wentzek) Wentzek. After emigrating to the United States in 1953, he served in the US Army in France. Horst married Renate Warnecke on Dec. 21, 1956, in Essen, Germany; the couple then permanently moved to the United States in 1957. He was a graduate of the Wisconsin State University-Kenosha Campus, with a Bachelor’s Degree in Mechanical Engineering. His professional career began at Dynamatic and culminated with being vice president of engineering at the Frank L. Wells Co. (Kenosha), where he worked for almost 40 years. He held numerous US patents for metal-forming technology, and today millions of people around the world sleep better each night because of his unique bedspring-making innovations.

An avid sailor, Horst treasured his sailboat and his time spent on Lake Michigan and in the Kenosha Marina. He personally re-engineered his boat to be sailed solo. Horst was talented in carpentry and repairs of all kinds and enjoyed generously helping all his family and friends with his handyman skills. His mind was always working at finding and inventing ways to improve people’s lives, a skill at which he was very successful. He had a zest for traveling around the world, but especially loved vacations spent on Washington Island.

Horst was also a long-time member and officer of Schlaraffia Milwaukia, a German culture and social club with chapters located across the globe. He was a member of the MGV Harmonia Kenosha. He was an animal lover, spoiling the family dogs and being adored by the cats at the Society of St. Francis Animal Shelter, where he recently worked part-time.

Horst is survived by his wife Renate; his daughter Janine (Mark) Spaulding of Pleasant Prairie; and his two granddaughters Carina Spaulding (London, UK) and Lia Spaulding (Fitchburg, WI); and will be sadly missed by his many friends and family members.

A memorial service will be held Tuesday, Sept. 23, at 1 p.m. at the Southern Wisconsin Veterans Memorial Cemetery in Union Grove. Family and friends are invited to attend.

A heartfelt thank-you to Dr. Kreager, Dr. Feuerbach and Dr. Mariani, the Kenosha Visiting Nurse Assn., and the staff at Good Value Pharmacy for your compassionate care and support.