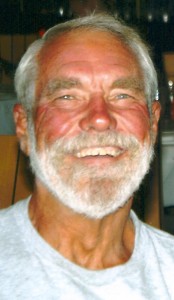 On May 16, 1970, Willie was united in marriage to Katherine M. Sullivan at Saint Mary Catholic Church in Kenosha. During their 42 years of marriage they raised three beautiful daughters, Laura Dabbs, Kimberly (Mark) Jankowski, and Heather (Andrew Hebior) Kovacs. They are also the proud grandparents of four grandchildren, Sydney and Tyler Dabbs and Megan and Zachary Jankowski.

Willie was educated in the schools of Kenosha, graduating from Saint Thomas Aquinas Grade School in 1961 and from Saint Joseph’s High School in 1965. He attended the University of Wisconsin Kenosha Extension (Parkside predecessor) until his decision to volunteer for the Military draft in 1967.

Willie proudly served his country in the U.S. Army, with the newly formed Americal Division in I Corps of the Republic of South Vietnam for all of 1968. He preferred to refer to himself as just a “grunt” although he did achieve the rank of Specialist 5th Class as a mortar gunner and FDC (Forward Direction Control) specialist. He was an active participant in the infamous Tet Offensive and was a part of Task Force Barker, a special operations group assigned to clear the area around My Lai, also known as “Pinkville”. He was honorably discharged just before Christmas in 1968.

He began work for Riley Construction in 1965 after high school graduation as a Laborer. He continued his employment there while attending college and then upon his return from the service he began and completed a Carpenter apprenticeship from 1969 to 1973, was later promoted to Foreman and then to Superintendent. He was always very proud to point out the projects he was involved in; Saint Joseph’s Nursing Home, Pleasant Prairie IcePlex, and Kenosha Hospital’s Primary Care and Parking Structure as just a few examples. His work took him from Northern Milwaukee to Illinois locations such as Lake Zurich, Libertyville, Mundelein, and Glenview. He was probably most proud of his final project before retiring in 2009. He completed Riley Construction’s new Corporate Office on his Birthday, assisted with the relocation and retired after 44 years on that day.

Willie enjoyed sports of all types in his youth, playing City League slow-pitch softball and basketball for many years. He enjoyed both, but liked to tell the story that for two years running he had the most fouls in all of City League basketball. Some nights he had more fouls than points! He enjoyed his family more than anything. He and Kathy enjoyed many memorable vacations together. They enjoyed travelling and cruising to Alaska, Europe, Central America and the Caribbean, sharing equally in their love of water and sun. Willie’s idea of a great day on vacation was a beach chair, sun, and a good book. He always claimed that he was really good at “doing nothing”.

Survivors include his wife, three daughters, and four grandchildren, all from Kenosha. He is also survived by his brother, Gary (Carla) Kovacs and their two daughters, his nieces, Diana and Christina Kovacs, all of Sturtevant, Wisconsin.

More than anything, Willie would have liked being remembered as a loving Husband, Father, Grandfather, Brother and friend. He had a spirit and more often than not a stubbornness that defined him. But if you had Willie on your side you had a distinct advantage. Willie was also a Friend of Bill W’s for over 22 years, beginning in 1990.

A Mass of Christian Burial will be celebrated on Saturday June 2, 2012 at 11:00AM at St. Mary’s Catholic Church. (Corner of 73rd Street and 39th Avenue). Visitation with the family will be on Saturday at the church from 8:30 AM until the time of Mass. Private burial will take place at St. George Catholic Cemetery.

In lieu of flowers, memorials to All Saints Catholic School would be appreciated.