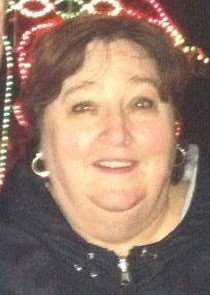 Treva Jean (Kindle) Slade, age 65 of Kenosha, Wisconsin, died peacefully at her home on December 18, 2017 after a courageous battle with cancer. Treva was born December 10, 1952, in Carrollton, Missouri, the daughter of the late John (Jack) and the late Dorethea (Lichtenhaler) Kindle.

Treva graduated from Tremper High School in 1969 and later married the late David Michael Slade in June 1973.  During her life, Treva enjoyed playing softball, cooking, and being a grandmother.  She was a former member of the Pentecostal Church of God, and was a longtime caregiver for a local care facility before she retired in 2013.  Treva was the mother of three children: Dorothy “Dee” (Ron) Slade-Kiss of Palatine, IL, Traci (Nicholas) Paczkowski-Slade of Kenosha, WI, and David (Stephanie) Slade, Jr. of Aiken, SC.

Treva was preceded in death by her mother, Dorthea, her father, John “Jack”, her husband David, and her brother Howard.  She is survived by her sisters: Lequita Dickson of Marshall, MO, Jaquenette (Ben) Culver of Warrensburg, MO, and Linette (Raymond) Lester of Carrollton, MO.  She is also survived by six grandchildren, who she absolutely adored: Kalani Kiss, Ryan (Kristina) Ricchio, Alyssa Ricchio, Sydnee Paczkowski, Sophia Slade, and Carissa Slade.

A celebration of Treva’s life will take place following the new year. In lieu of floral expressions of sympathy, Treva’s family requests that memorials be made to Traci Slade to be distributed as per Treva’s wishes, would be appreciated.