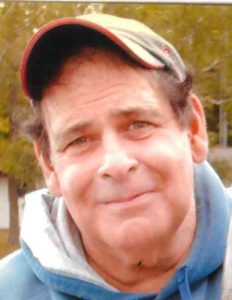 Thomas V. Lenfestey Jr., age 75, of Kenosha passed away Sunday November 8, 2020 surrounded by family. Tom was born on July 10, 1945 in Kenosha to the late Thomas Sr. and Esther (Fortino) Lenfestey. He attended local schools. Tom married Deborah Cappelen August 15 th , 1970 and the couple recently celebrated 50 years of marriage. Tom worked for over 30 years at Outboard Marine Corporation as a die cast machine operator. Tom was well known for his music and was often referred to as the “music man”. He had a passion for fishing and enjoyed making his own lures. Tom enjoyed the outdoors and particularly loved camping with his family. His many hobbies brought joy to the family, specifically playing his music collection, cooking on the wood campfire and serving up his famous hot peppers. He will be deeply missed by everyone.

He was preceded in death by his son Tommy Lenfestey.

A private family service for Tom will be held. In lieu of flowers, memorials to Children’s Hospital of Wisconsin would be greatly appreciated.