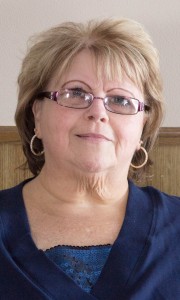 Susan Marie Jenkins, age 57, a resident of Kenosha, passed away on June 17, 2014 at her home, in the care of her family after a long battle with kidney cancer and kidney disease.

Susan was born September 18, 1956 to James and Evelene Cooper in Kenosha. On December 3, 1977 she married the love of her life, David Jenkins.

Susan was preceded in death by her father James Cooper.

Private services will be held.