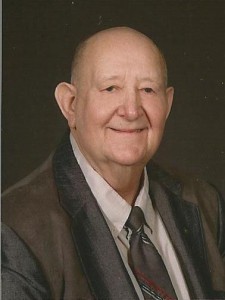 Jack Allen Lynn (74) of Bristol, WI (Litchfield, IL) went to our Lord Tuesday June 10, 2014.  He was preceded by his parents, Paul and Helen Lynn, and son Dennis Lynn.  He is survived by his wife and sons Charlotte, Paul, and Jack (Becky) Lynn Jr.; his sisters Carole (Frank) Durbin of Gillespie, IL and Lola (Perry) Hall of Carlinville, IL; as well as six grandchildren, three step-grandchildren, and eight great grandchildren.

He was a Third Degree Mason of the Washburn Masonic Lodge No. 145 F&AM for over fifty years. To many Masons, he was considered a lifer.  Jack was dedicated to serving several organizations including the Eastern Star, the Jobes Daughters, and the Loyal Order of Moose.  He was also a proud Shriner.  An important part of his life was volunteering.  He was a member of the Bristol Volunteer Fire Department for over fifteen years.

Jack started working at the American Motor Corporation in 1959, and retired from Daimler Chrysler in 1990.  During that time he also owned the Bristol Radiator Shop.  Jack enjoyed many hobbies such as camping, HAM radio, leather work, motorcycle riding, and spending time with his family.  One of the things he enjoyed most was playing Santa Clause every year. He was always lending a helping hand to those in need.

The family would like to extend a special thank you to Saint Catherine’s Hospital, Dr. Feuerbach and his staff, Seasons Hospice, and Ruthie “The Babysitter.”