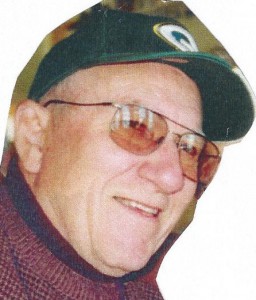 Roger Wilbert Lehmann, age 80, a resident of Kenosha, was born to Eternal Life on Thursday August 8, 2013 at Kenosha Medical Center surrounded by his loving family.

Roger was born on July 9, 1933 in Kenosha to the late Wilbert J. and Mary Idella (Belongia) Lehmann. He attended local schools and served in the U.S. Army from 1954-1956. On November 11, 1961, he married the love of his life Marilee Quilice at St. Thomas Aquinas Church.

He was employed at Ladish Tri-Clover (Alpha Laval) as a machinist for 39 years. He loved his job. He was a member of the IAM Local 34 for 50 years. Roger served as a great volunteer at Tri-Clover Credit Union, the Soup Kitchen of the Shalom Center, the INNS Program, Human Concerns Committee, and also Band Boosters. Roger loved his family with all his heart and provided a wonderful home that he took pride in. There were many camping trips and traveling with his special cousins and he was a long time Packer fan.

Roger had many health problems but he didn’t let them get him down. He was a great family man. He loved spending time with his children and grandchildren and he was famous for his ability to make, build or fix anything.

He was preceded in death by his father and mother Wilbert and Mary Idella Lehmann, step brothers Donald and Norman Jessen and step mother Clara Jessen.