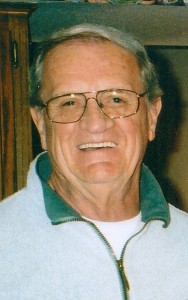 Roger was educated in the schools of Michigan. He was a Millwright and worked at many nuclear plants throughout the country. He also worked at the Kenosha Docks for many years. He was a member of the Chicago Regional Council of Carpenters and was very proud of being a “union man”. His hobbies included hunting up north and wildlife. Roger was a down to earth person. He carved his own path in life. He had a great sense of humor and told many stories. He enjoyed talking politics and football with his many friends at Danny’s, Homerun and Andy’s Restaurant, but mostly enjoyed spending quality time with his grandson.

Roger is survived by his brother Bill (Nancy) Humphrey, former son in law Michael (Kristy) Renzoni, and grandson Dante Renzoni. Roger is also survived by his dear friend of many years Louise Greco and her daughter Carol (Mike) Olsen.  He was loved by many other young family members who also called him “Grandpa”.

The family would like to thank Hospice House for their care and compassion.