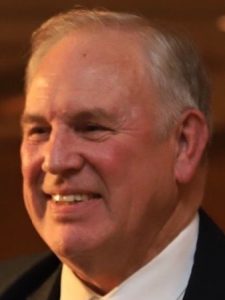 Dr. Robert A. Crist, Ed.D, age 73, of Burlington passed away on Sunday, December 22, 2019 at St. Luke’s Hospital in Milwaukee. Bob was born on February 26, 1946 in Kenosha to Kermit and Pauline (Parker) Crist. He was educated in the schools of Kenosha and graduated from St. Joseph’s High School in 1964. Bob also received his Bachelor’s in Education from U.W. Lacrosse, his Master’s from Roosevelt and his Educational Doctorate from Nova. He married Kathleen Smith on August 3, 1968 in Palatine, IL. Bob worked for various school districts throughout WI and IL over the years. He was also on the Elkhorn Rotary, the Knights of Columbus and he served on the board of directors for Security Health. Bob was an outdoorsman who loved all aspects, especially hunting. His greatest joy was the time he spent with his grandchildren and family.

He was preceded in death by his parents and his brother, William Crist.