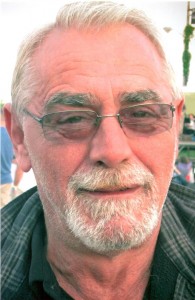 Ricky was born on August 24, 1954 in EscanabaMichiganto Dwight A. and Patricia (Lachapelle) Lee. He moved toRacineas a young boy and was educated in the schools ofRacine. Ricky was employed in many different fields through the years but his favorite job was working as a truck driver.

Motor cycle riding, NASCAR and the Green Bay Packers were a few of Ricky’s passions and he spent several years bowling in various area leagues. Ricky loved to volunteer at the Racine Food Bank, where true to his U.P. roots, he was known for his pasties.

Ricky is survived by his loving companion Vicki Zywicki and her two children Anna Jandl and Kayla Jandl, his father Dwight “Ike” Lee and his long time companion Lorraine Mucinskas. Ricky is also survived by his son Brandon (Sydnee Welter) Lee, his daughters Aimee (Chris Johnson) Lee and Rebecca Rawley all of Racine, as well as his two step sons Tim (Carrie) Drews and Duane (Erica Downing) Drews. He is additionally survived by his brother Gary (Lisa) Lee and his sister Jean (Juan)Avilaboth ofRacine. Ricky was preceded in death by his mother in 1992.