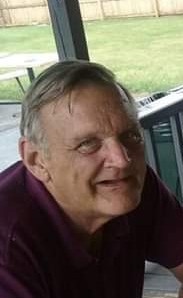 Richard Michael Testard, age 71, died at Aurora Hospital in Kenosha, Wisconsin on December 7th, 2020. He was born on November 23rd, 1949 in Kenosha to the late William and Hazel Testard. In February of 1990, he married Janice Testard in Kenosha. Richard graduated from Kenosha High School and later attained his nursing assistant certificate from Gateway Technical College.  He worked as a valued CNA at senior nursing homes in Kenosha and the Milwaukee area for many years , Richard was an avid reader, especially of science fiction novels. He loved music and watching television programs and movies, especially the classics such as old Woody Allen and Alfred Hitchcock films. He was a man known by so many as a kind, gentle, generous, and compassionate individual. He was also known to open his home to many who needed it.

Richard is survived by his sons: Aaron Testard of Evanston, and Craig (Caron) Testard of Antioch, grandchildren: Henry and Scout Testard, brother: Bob (Barb) Testard, and a sister: Judy (Jerry) Bauer. He is preceded in death by his brother: Billy, parents, wife, sister: Barb Hunt.

As per the family’s wishes, services will be held privately.

The family would also like to thank the entire staff, especially Rachel and Susan, from the palliative care team in the intensive care unit at Aurora Hospital for helping him transition so peacefully.