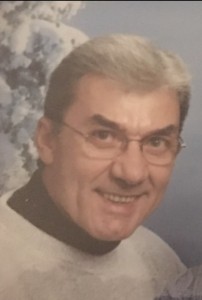 Richard Kye Powers, Age 74, of Milwaukee County, formerly of Kenosha, passed away on Tuesday, November 13, 2018 at Sunrise Care Center in Milwaukee. Richard was born on August 15, 1944 in Kenosha to Albert and Mildred (Green) Powers. He was educated in the schools of Kenosha and graduated from Mary D. Bradford High School. Richard married Constance Newsam on February 11, 1994 in Kenosha. He was a journeyman painter for many years with Potente Decorating. He dearly loved gardening and listening to Elvis Presley. His greatest joy was devoting his life to his daughter, Tina and his grandchildren.

He is preceded in death by his daughter, Christina Lynn Powers; his parents; three brothers, Kendall, James and Frank Powers and his sister, Bettina Robinson.

Funeral services for Richard will be held at 12:00 P.M. on Wednesday, November 21, 2018 at First United Methodist Church (919 60th Street) with inurnment to follow at Green Ridge Cemetery. A visitation with the family will be held at the church on Wednesday from 11:00 AM until the time of service.

Richard wanted to express his sincerest gratitude to his wife, Connie, for taking care of him all of the years he had been ill.