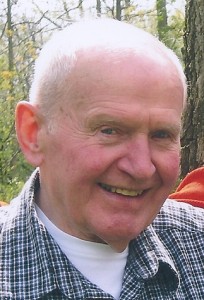 Richard was born on August 13, 1927 to the late John M and Casmiera “Katherine” (Gac) Sikora in Kenosha, WI. He was a lifelong Kenosha resident and attended school at St. Casimir, Washington Jr HS and Bradford HS.  Richard served in the United States Navy 1945-1946. On October 16, 1954 he married Rose Mary Irving at St. Mark Catholic Church. Richard was employed by Simmons until he became an apprentice carpenter building homes in the Kenosha area during the post war years. He later took a job at American Motors where he remained for 30 years. Richard played semi-professional football for 9 years, starting with the Kenosha Redskins, the Waukegan Merchants and the Racine Raiders.  One of his many interests was photography. He loved travel and also enjoyed going to rummage and estate sales.

Richard was preceded in death by his parents, his wife, two infant daughters Lisa Marie and Lori Ann and his two brothers Ronald Sikora and Eugene Sikora.

A Mass of Christian Burial will be celebrated on Monday, December 14, 2015 at 12:00 PM at St. Mark the Evangelist Catholic Church in Kenosha. (7117-14th Avenue)  A visitation will be held on Monday in the church starting at 11:00AM prior to the service. Burial will follow at St. George Catholic Cemetery.

In lieu of flowers, please send memorials to the Kenosha Historical Center 220 51st Pl, Kenosha, WI 53140, or go on line to www.kenoshahistorycenter.org.