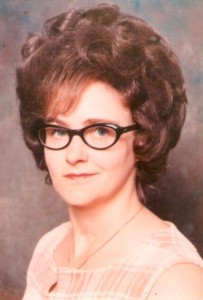 Born on November 11th 1946 in Tennessee, she was the daughter of the late John and Virgie Hunziker.

She moved to WI at 5 years of age, and was subsequently raised by her mother and step-father Arthur George Wilcox. She was educated in the schools of Kenosha, and graduated from Bradford High.

She was always happy and very much lived “in the moment”. She also loved to play cards. Going to church was always something she talked about.

A memorial service will be held on Tuesday December 20th 2016 at 6:00PM at the Woman’s Club in Kenosha. (6028-8th Avenue; or across from Library Park in downtown Kenosha)

Visitation with the family will be on Tuesday at the Woman’s Club from 5:00PM until the time of services.