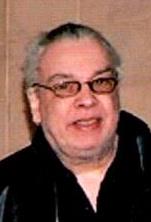 Ralph E. Wiegert, age 63, a resident of Racine died Wednesday October 29th 2014 at Froedtert Hospital in Milwaukee due to a stroke.

Ralph was born in Kenosha on May 9, 1951 to Earl E. and Jeannette (Nass) Wiegert. He was educated in the Kenosha Public schools. He moved to Racine WI in 2010. Ralph had a great love for music. He played and sang in many local bands over the years. He also did DJ work and ran sound for various bands in the area.

The family would like to thank the staff at Froedtert Hospital of Milwaukee for their kind and compassionate care they provided to Ralph and our family.