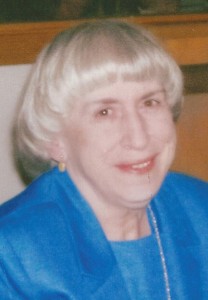 Peggy was born in Dearborn, MI on July 30, 1941 to the late William and Edith (Tukey) Hardin. She graduated from Dearborn High School and then went on to Western Michigan University in Kalamazoo. It was during this time that she met Peter Wynstra. Peggy graduated from college with a degree in elementary education; minoring in music. She moved to Kenosha in 1963 and began her teaching career at Wilson Elementary. She married the love of her life, Peter Wynstra, on June 13, 1964 in Dearborn.

The couple was blessed with two daughters; Judy and Pam. At this point, Peggy became a stay-at-home mom. Peggy served as a room mother at school, went on countless field trips, and was also the PTA treasurer. She was a Girl Scout leader and active church member.

Playing the organ and piano were some of her favorite pastimes. She served as the church organist at the Christian Reformed Church, Wesley Methodist Church and then at her own church, First Presbyterian. When her daughters were much older, she went back to work full-time at a marketing research company. She was hard-working and had many talents, but what she enjoyed most was being a wife and full-time mother.

Peggy enjoyed genealogy and spent a great deal of time completing the family tree on the Wynstra side.

Two of Peggy’s most memorable talents were knitting and crocheting. Through the years she made everything imaginable. In later years, she made sweaters for the Guideposts Magazine sweater ministry and countless shawls for the prayer shawl ministry at First Presbyterian. For the past three years, she also knitted mittens for all of the students in her daughter’s kindergarten class. When her granddaughter, Kristen, was ten years old, Peggy passed her love of crocheting on to her.

When first married, Peggy enjoyed traveling to Europe with her husband, Pete. She also loved traveling to other states to visit family and friends. She especially enjoyed visiting Colorado to spend time with the light of her life, her granddaughter, Kristen.

Peggy is survived by her loving husband of forty-eight years, Peter; her two daughters, Judy Wynstra of Kenosha, WI and Pam (Greg) Henthorn of Bailey, CO; and her granddaughter, Kristen Henthorn, of Bailey, CO. She is further survived by her sister, Sarah (John) Lawser of Holmdel, NJ; sisters- and brother in-law, David (Carol) Wynstra of Kenosha, WI, and Janet (Richard) Johnson of Madison, WI; and many cousins, nieces, nephews, and friends.

The family wishes to express their deepest gratitude to the staffs and caregivers of Kenosha Hospital and Medical Center, St. Catherine’s Hospital, and Grande Prairie Rehabilitation Center who crossed paths with Peggy. Thank you for being so kind and caring toward her.

A memorial service celebrating Peggy’s life will be at 6:30 PM, Friday, August 10, 2012 at First Presbyterian Church in Kenosha (1803 83rd Street). Visitation with the family will be at the church from 4:30 PM until the time of the service.

In lieu of flowers, donations made to First Presbyterian Church would be greatly appreciated.