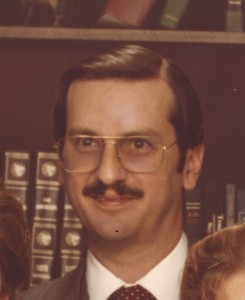 Paul Richard Pearson, age 77, of Kenosha, passed away from pneumonia on December 10, 2017 at Manor Care of Kenosha surrounded by his family.

Richard was born in Chicago on November 13, 1940 to Paul and Dorothy (Bentley) Pearson. He lived in Edgebrook, Barrington Hills and Arlington Heights, and he made his living in the residential and commercial moving industry. He was united in marriage with Dawn Parker and they were happily married for 56 years. Richard was an elder at St. Peter Lutheran and Immanuel Lutheran Church and had a heart for evangelism. He was active in the Boy Scouts of America and with the Sea Scouts in the 70’s and 80’s.

Richard retired in 2005 and pursued his passion for genealogy, becoming a documented member of the Sons of the American Revolution. He eventually volunteered and worked at the Genealogy department at the Arlington Heights library. Richard spent the last two years in Kenosha, enjoying the bird sanctuary in his back yard with his canine friend Harry. He had many beloved dogs in his lifetime, among those, Jiggs, Puppy, Duke, Butchie, Sunshine, Blarney, Louie and Harry.

He was preceded in death by his parents, his brother-in-law Greg (Anne) Parker, and his sister-in-law Holly Pfau O’Hara.