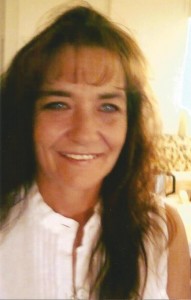 Patricia Marie Mollman, age 46, the daughter of Sharon Wade of Kenosha and James Mollman of Kenosha, died suddenly at her home in Springfield MO on March 14.

She was a lifelong resident of Kenosha until she moved to Springfield in 2011. She was educated in Kenosha schools and also attended OTC in Springfield from June 2012 through the present.

She was studying courses in early child development.

She is survived by her companion, Sydney Ayers, also of Springfield; two brothers, James Mollman Jr of Salem and Stephen Mollman of Racine; one daughter, Sabrina Kent and granddaughter, Sakura Dicks of Eau Claire WI.

A Memorial Service will be held on Saturday March 22nd 2014 at 4:00PM at the Kemper Center Founders Hall in Kenosha. (6501-3rd Avenue) Visitation with the family will be on Saturday in Founders Hall from 3:00PM until the time of services.