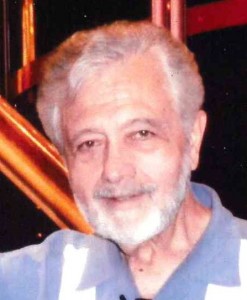 Michael was born on June 29, 1937 in Racine to Michael J. and Rose (Christiano) Cairo. On May 3, 1958, he was united in marriage with Carol Presterl at St. George Catholic Church. She preceded him in death in 2010.

Michael grew up working in his family’s restaurants and moved to Kenosha in 1948, graduating from St. Mary’s High School in 1955.  From 1959 until 1962, Michael served in the U.S. Army as a radio specialist. When he returned to Kenosha, he was employed at American Motors Corporation for over 25 years as a planning supervisor in the press room. He also owned and operated Cairo’s 5th Avenue Foods. Mike loved to play bocce and was a founding member of The Lone Oak Bocce Club.  He also played at the Italian American Club and the Roma Lodge.  He was an avid gardener and loved to give away his vegetables.

Michael was preceded in death by his parents, his wife Carol, and by his brothers-in-law Glen Breiling and Richard Presterl.

A Mass of Christian Burial will be celebrated on Friday, December 1, 2017 at 11:00AM at Our Lady of Mt. Carmel Catholic Church. (1919 54th Street, Kenosha) Visitation with the family will be on Friday at the church from 9:30 AM until the time of mass. Entombment will follow at All Saints Catholic Cemetery.